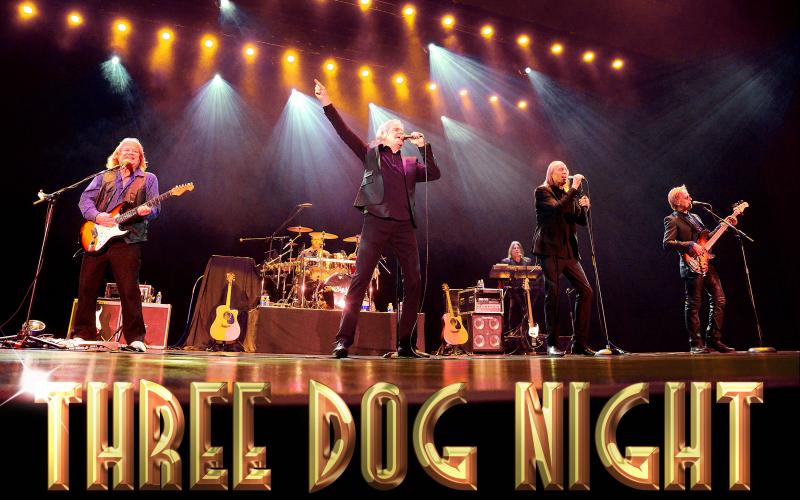 Three Dog Night is the 50th Anniversary show for the Reading Area Community College. Celebrating nearly 5 decades of top hits! In the years 1969-1974 no other group achieved more top 10 hits, moved more records or sold more concert tickets than Three Dog Night. Joy to the World was the number 1 hit in 1971, 50 years ago!

The Grammy-nominated band, created in 1968 by Danny Hutton, has recorded the music of Harry Nilsson, Randy Newman, Eltion John, Laura Nyro, Paul Williams, and Hoyt Axton. The group’s eclectic taste, combined with their ability to recognize and record hits in a unique, distinctive, and appealing style resulted in Three Dog Night dominating the charts for years. They are an act that transcends time bringing together both new and old fans alike.

The Miller Center for the Arts will be hosting a “Party on the Lawn at the Miller Center” on October 9, 2021 before the show, from 6-8pm, for anyone who has purchased a ticket to the show. It will be a 70s themed event and we encourage everyone to dress in their best 1971 attire. There will be food and entertainment for guests to enjoy leading up to the performance.

*Out of an abundance of caution we are requiring all patrons inside the venue to be wearing a mask.